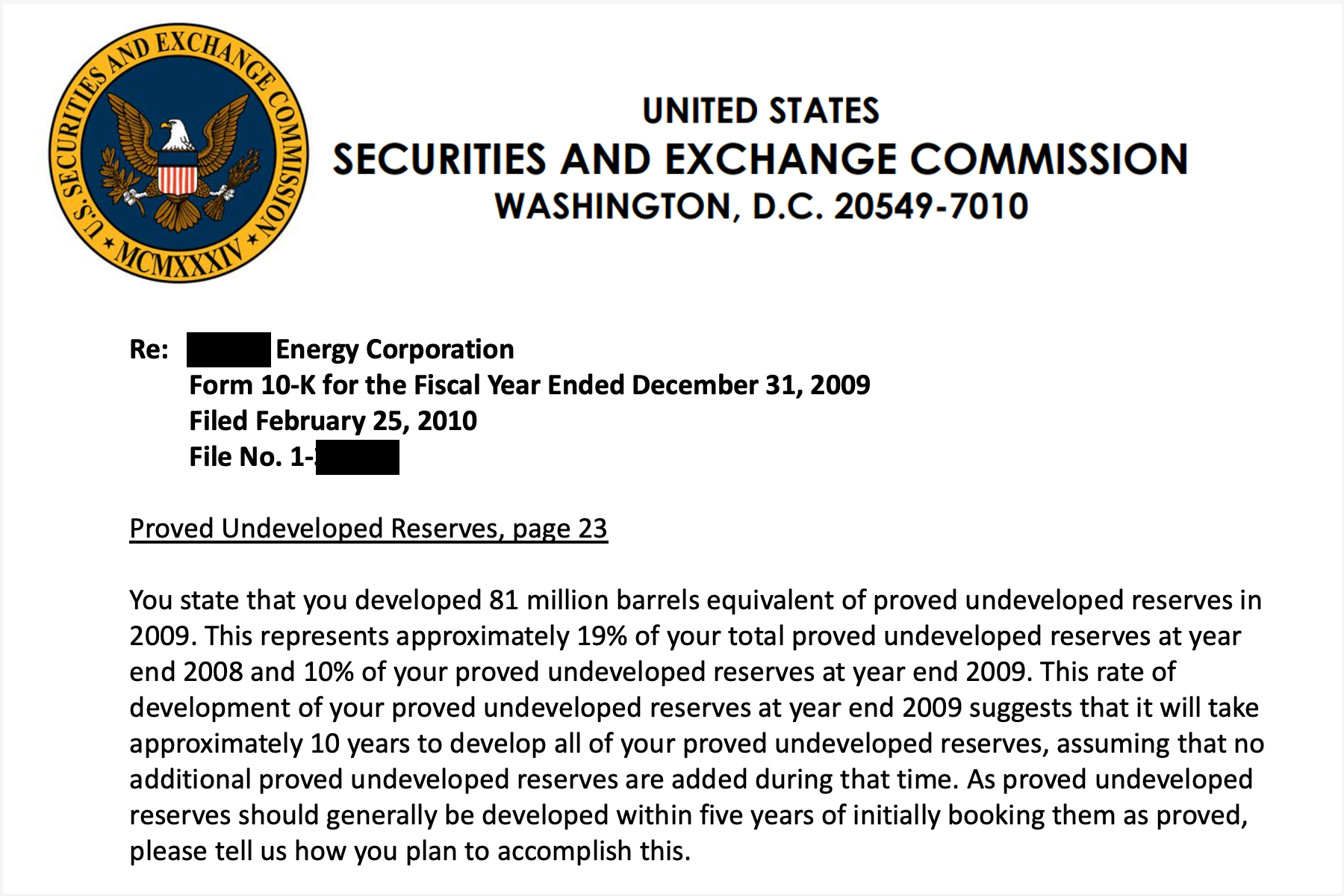 Our recent blog post Product Focus and Vision opened with the statement “You can’t plan without reserves data, and you can’t book undeveloped reserves without a development plan”.  I’d like to expand on those two points.

...planning data includes many of the same measures as reserves data

With the exception of exploration programs and early investment plays, planners typically use this data to create development plans that fund future development with cash flow generated from proved reserves.

The relationship between reserves and planning data, specifically development programs and proved undeveloped reserves, is fixed by the SEC Final Rule, which specifes that:

"Undrilled locations can be classified as having undeveloped reserves only if a development plan has been adopted indicating that they are scheduled to be drilled within five years, unless the specific circumstances, justify a longer time."  -SEC

The term “adopted” is perhaps a bit vague, so the SEC clarifies somewhat in their Q&A section with:

...since the modernization of reserves reporting rules in 2008, SEC comment letters are the only public source to glean how the SEC is interpreting such regulations.

This rather begs the question what constitutes a “final investment decision”. By most interpretations, it means that there is both a development plan detailing when locations with proved undeveloped reserves will be drilled, and that the plan has received management approval. Furthermore, it means that the funding required for that development plan is reasonably likely to be available to the company. Unfortunately, since the modernization of reserves reporting rules in 2008, SEC comment letters are the only public source to glean how the SEC is interpreting such regulations. Miles Palke of Ryder Scott gave an excellent presentation this September on current themes and trends in SEC comment letters.

It is imprudent to report proved undeveloped reserves without a defensible and approved development plan.

I’ll write more in future posts about how E&P companies without SEC reporting requirements can benefit too from combined reserves & planning workflows.